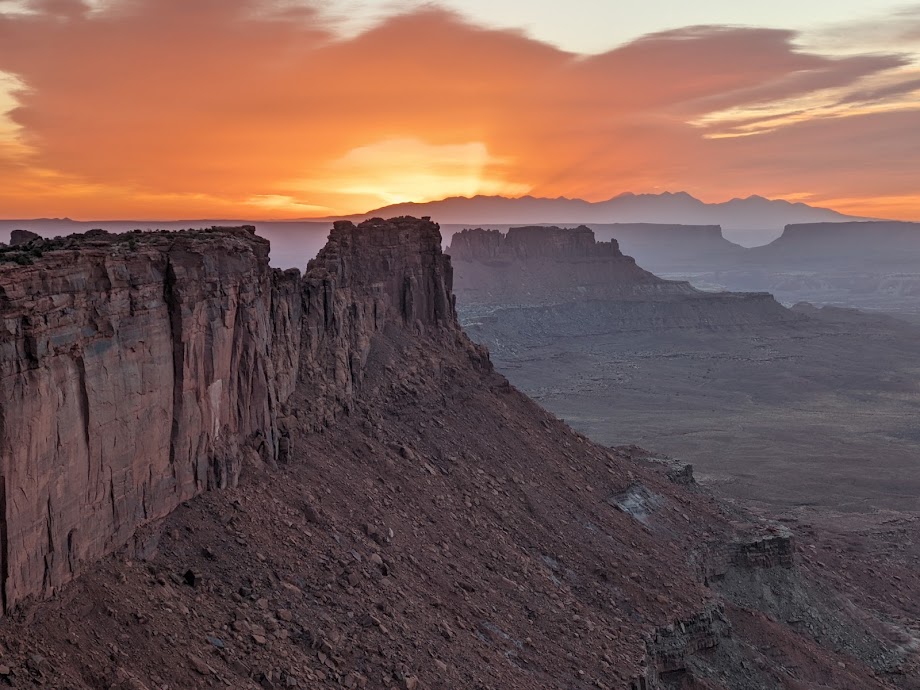 With the passing of our little boy Oreo (RIP) in January, Joan and I are now able to take trips together.  One trip we had pending was a couple week to Canyonlands, UT with our friends Larry & Kathy. 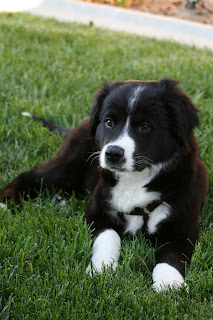 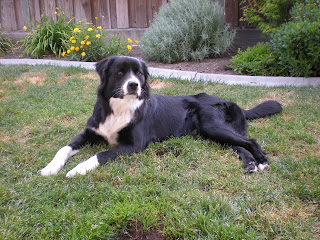 We miss you Oreo!
The general itinerary was to take a couple days to drive out to the Moab area, start out with 3 nights in Needles District, a couple nights in Moab, then the remainder in and around the Maze district.  As luck would have it, Tyler (our youngest son) and his girlfriend, Dani, would be in Las Vegas as we passed through on our way home so we got to visit with them too.  Oh, and pick up a little Omicron while we were at it (I can't recommend doing that!).
This was our first time in Needles District and it didn't disappoint.  The entrance takes you up & down Elephant Hill which is known for being a bit intimidating.  While there was not anything overly technical about it, the steepness and narrowness of it is indeed a little intimidating.  Especially when you are piloting an 11,000+ lb extended E350 van.  The next challenge for the van was the squeeze portion of the trail just before we got to our camp (Devil's Kitchen 4).  The Jeep made it through without incident, but trying to shove the van through this narrow gap took  three attempts eventually requiring the removal of the driver's side ladder (which was damaged pretty good on attempts 1&2).  During my attempts I had park rangers watching me from in front (I think in disbelief that I was even there) and another vehicle behind me in a hurry to get out and drive back to San Diego for work in the morning.
We spent three nights camped at Devil's Kitchen doing day hikes and generally enjoying the incredible scenery of the area.  Joan and I hiked The Joint Trail and Cyclone Canyon.  Both were amazing!  Oh, and I threw out my back for the first time on the trip lifting a cast iron pan (it doesn't take much sometimes).
Once out of Needles we spent a couple nights in Moab.  Enjoyed a great Mexican food meal on Cinco de Mayo, Joan & I hiked the full Devil's Garden trail in Arches NP, and Larry & Kathy took a jet boat tour.
We then headed off towards Maze District where we would be introduced to the hurricane force winds that would be with us the rest of our visit.  Joan & I have been to the Maze District before, but we stayed in areas of it we had not visited before.  We started with an afternoon hike of Horseshoe Canyon to view several petroglyph displays on the canyon walls.  It was very challenging hiking with most of it being deep sand.  The rest of our time with Larry & Kathy in the Maze District seemed to be highlighted by the wind that would chase us into our vehicles early in the evening.
Joan & I separated from Larry & Kathy after a few nights to head to one of my favorite camps located outside of the park.  Unfortunately I had underestimated the time it would take to get there and it turned out to be a very long day on the trail something I have promised to Joan I will avoid in the future at all costs.
Once at what I call "Happy Canyon" camp (not to be confused with the real Happy Canyon Camp) we again were chased indoors early due to high wind.  In the morning we prepared for our big hike to Happy Canyon.  This is a slot (or narrows) canyon I had visited before and wanted to share with Joan.  Minutes before leaving on the hike I would throw my back out for the second time.  This time lifting the porta-potti.  I just can't win sometimes.  The first 3-4 miles of the hike follow a somewhat level contour before plunging to the Dirty Devil river below (they really like using "Devil" to describe things around here).  I was in a lot of pain at this point so I waited while Joan made the trip to Happy Canyon on her own.
After another very windy night we packed up and started the trek towards Las Vegas where we would have a good time visiting with Tyler, Dani and her family (and contracting the Omicron virus).  Joan's symptoms started showing up on our final days drive from Las Vegas back home.  Mine would show up the next day.  Joan skated through her bout with the virus while it hit me full force.  Nearly 2 weeks later I'm stuck with a lingering cough but have finally tested negative.
While I worked the van very hard this trip it came back no worse for the wear and performed admirably.  A few scrapes on the bumpers, ladder repair needed and a few bruises under it's butt.  I have a while to get it in top shape for our next big trip with it to Baja in October.
Until then ....
at May 28, 2022 No comments:

The more I go to Baja the more I want to be there!  I was lucky enough to get two trips in in 2021!
This fall trip was with two friends, Chris and Elon and managed to get in a lot of exploring to new areas which was fun.  Had to deal with a couple mechanical issues for about 24 hours at one point, but nothing that kept us from making forward progress.  I finally got to swim with a whale shark even if briefly and in murky water, it was very cool.
I hope you enjoy this video!
at December 14, 2021 1 comment:

It was time for more Baja and so happy Joan came with me!  We had a fantastic and slow drive down to La Paz with a lot of beach time.  Treated ourselves to AirBNB's or hotels in Mulegé, Loreto, and La Paz.
Joan flew home from Cabo Airport and was replaced by my friend Chris for a week.  A good time slowly working our way up the coast back to La Paz where he departed and I started my slow drive back north solo.
I spent a lot of time exploring more remote and rugged areas.  Camped on one beach where the only people I saw for 3 days were fishermen passing by in their boats.  It was hard to pull myself away.
A great 6 weeks with nothing but good times!  Can't wait to go back.
Hope you enjoy the video below.
at April 30, 2021 5 comments:

I made the following slide show mostly for myself, but figured I would share it.  I know it is a bit long.  Trying to fit so many experiences into a short slide show is no easy task!
I hope you enjoy it!
at August 30, 2020 3 comments:

I'm not exactly an environmentalist, but I try to be a good steward of the world when I travel.  I don't blaze new trails on virgin terrain with my 11,000+ pound van.  I pick up trash when I can.  I try to leave places a little better than what I found them.

The one thing I observed on the short length of my trip before COVID stopped me in my tracks was the horrid amount of plastic trash.  Plastic trash seemed to be everywhere, the most omnipresent was on most beaches.  I did manage to find a beach here and there without plastic trash, but it wasn't easy.

My photos and the photos of most overlanders are typically carefully framed to give the appearance of a beautiful place.  The following photo is one I had to work particularly hard to hide all the trash in the photo and give the appearance of a pristine Caribbean beach.  Truth is that just below the short drop to the beach was a lot of trash and behind the van was more trash.  Unfortunately, the trash is what drove me from this otherwise idyllic spot much sooner than I would have cared. 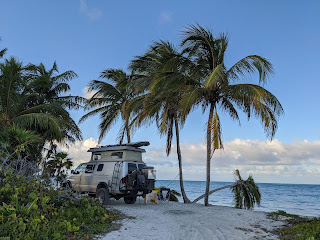 I find it rather sad to see all the trash in beautiful places.

So, to do my little part in minimizing my contribution to the problem I am doing my best not to use single-use plastic bottles.  Not to say I'm perfect and don't use one occasionally, but I try.

I ask you, the reader, to also try to avoid using single-use plastic bottles.  There are so many nice re-usable bottles available and the world got along pretty well before bottled water was a thing.

The drive out from Semuc Champey, Guatemala.

I visited Semuc Champey before I had ever heard of COVID-19, but it wasn't long after my visit to this remote jungle paradise that further travel halted on the shores of Lago Atitlán.  I wrote about my visit to this magical place in a previous blog post here.
The intensity of the drive in to Semuc Champey was a complete surprise to me.  I really hadn't researched the access at all before heading in.  It took MUCH longer than I anticipated.  The roads were very narrow, very steep in places, and overall was much more remote than I expected.  I guess all the things I like!
This unedited video is a time-lapse of my exit from Semuc Champey.  It may be boring for most to watch, but gives an idea of the area and access.  It's hard to tell how steep some places are, but wherever you see parallel concrete strips it's either steep up or down. I was in 4wd the way out as it had been raining most of the night before and would have been too slippery in 2wd.
Enjoy ...
at May 30, 2020 1 comment: